If your stereotypical image of a birdwatcher ("birder" in today's language) is that of a solitary, stodgy old man, then you haven't met Jason Ward. Mr. Ward is almost single-handedly revolutionizing the world of birding through mini-documentaries on YouTube. In fact, his series Birds of North America With Jason Ward is less about the birds than the people who pursue them. That is exactly what wildlife conservation in general needs desperately. 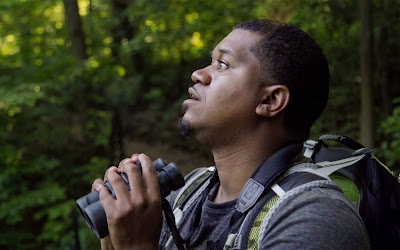 Ward recognizes some fundamental realities that the generation raised on David Attenborough, Jacques Cousteau, and George Page (am I dating myself yet?) have largely ignored in current media production models. Number one, we have shorter attention spans now than we did back then. Most episodes of Birds of North America With Jason Ward are seven minutes or less. It takes a few episodes to get accustomed to the sometimes abrupt endings, but it also leaves you anxious for the next installment.

Beyond acknowledging our easily-distracted nature in the digital age, Ward understands our need to belong, to engage socially in healthy ways, interacting in person instead of relying on social media to feel a sense of connectedness. Jason is never alone in a single video. He reveals the shared passion of birders by talking to other birders, to ornithologists, to family and friends. The natural flow of each video is the direct result of this conversational approach to birding. Birders have been stereotyped, wrongly, as those people who admonish others to be quiet as if the outdoors is a library. Sure, you hear more if you are quiet, but you should have the freedom to celebrate your discoveries, even with a "lifer dance" after seeing a species new to you.

It is a difficult line to walk between reverence and exuberance, but Jason Ward nails it. He is young enough to have a contagious influence on millennials, but old enough to have respect for his elder mentors and colleagues. He recognizes the recreational aspect of birding while asserting its importance to science, personal physical health, wildlife conservation, and environmental health. Always, there is the social component to birding. The festivals. The regular group walks in Central Park. The ritual is all important. The commitment is the thing.

Any person or organization wishing to increase public participation in natural history recreation and citizen science would do well to emulate the style of Jason Ward in recruiting new blood to entomology, botany, mycology, herpetology....basically all the "ologies."

Back in my day, you engaged in "nature stuff" at risk of ridicule. A childhood friend, now deceased, played hockey and was otherwise considered a rugged and appropriately masculine young man. He swore me to secrecy before showing me his butterfly collection. Today, there is no more need to do your thing on the down-low. You can be proud of your interests and know there are others out there like you. This is a powerful new facet to nature study.

I have studiously avoided stating the obvious, that Jason Ward is a "person of color," but it would also be disrespectful to not say so. Human diversity is still sadly lacking in birding and other science-based activities, and that condition must be improved dramatically if birding is to continue to expand its ranks, and bird conservation is to truly excel in achieving its goals and fulfilling its missions. There is no place for exclusion in an endeavor built on the principal that all organisms on the planet deserve dignity, respect, celebration, and protection.

Please avail yourself of any and all opportunities to view Birds of North America With Jason Ward, online, or through your television streaming service. I guarantee your life will be enriched, your mood enhanced, and your passion for nature ignited or re-ignited in every episode. This is inspiring work with a unique and creative style perfect for meeting the challenges of wildlife conservation today.

Writers sometimes get into a funk where they churn out bad product. That has been the case for me, recently, and I have aborted or discarded my most recent attempts. Meanwhile, I am still thinking, creating, and dealing with personal matters. 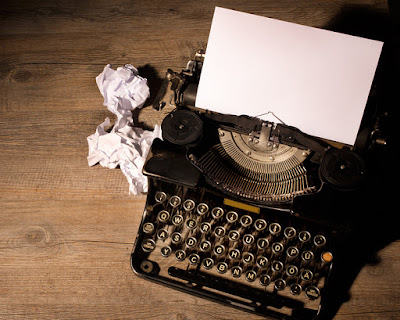 When the world is full of bad news and emotional stress, I find that I become annoyed more by the little things, and take out my frustrations on matters of little importance, like television commercials. Conversely, I can be too eager to put in my two cents on something like the Mueller report, for which I have little information to be making any assertions. So there you have two posts that you will not be seeing any time soon.

The "thought cud" I am chewing on now relates to how the structure of economies mirrors that of ecosystems, and those aspects that differ between the two. Also on my mind is the notion that there is no such thing as a naturally occurring pest. That has book potential, would help inch me out of typecasting as a "bug writer," and stimulate some serious conversations about how we treat other species and each other.

On a lighter note, I have registered for another stand-up comedy workshop, this one in Colorado Springs, this summer. It has been almost twenty years since I last tried this, in Tucson. The results can be seen on YouTube:

I now have enough new material that I can pick and choose what works and what does not, and now it will come down to arranging and polishing. Comedy demands excellence in writing, so it is a great exercise for me as a writer, too. I would rather not perform it, but it is worth remembering that if you do not perform your own material, then you are not finishing the job, and it might never see the light of day otherwise. Write for someone else, and you risk that something gets lost in translation.

Income tax preparation is still staring me in the face, too, complicated by the transfer of my late father's estate into my name, the many changes for the worse in the tax code, and a relatively dismal year in earnings. Filing extensions might be my best friend this year.

The greatest recent stress should be a great joy, but it gives me angst instead. We bought a house....in Leavenworth, Kansas. Not the "big house," but I still worry that it will seem like incarceration once we move there, probably in a year or two. My wife's parents live in Leavenworth, and we want to be closer to be able to see them happily into their golden years. This I am fine with. My in-laws are wonderful people. The other factor in our decision is that housing prices in Colorado Springs are increasing exponentially. There is no way that we could afford an upgrade out of our current townhouse in the....neglected, shall we say, part of town. 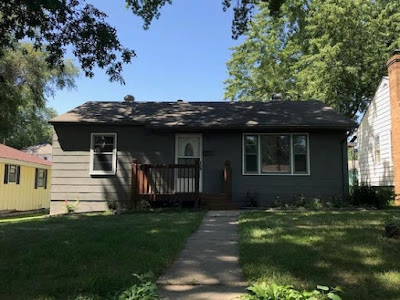 © Zillow.com
Our new and future house

Leavenworth is church, prisons, and fort, pretty much in that order. Churches form the social foundation of this small town. Prisons are responsible for whatever constitutes their tourist economy. Fort Leavenworth furnishes much of the population and drives the business sector. These are three aspects of life I do not like. Religion is a human institution fraught with the same problems as business and government. Prisons symbolize the mass incarceration of minorities. While I support our troops, I rarely agree with the missions they are deployed to, and almost never with military policy and the wasteful Department of Defense budget. 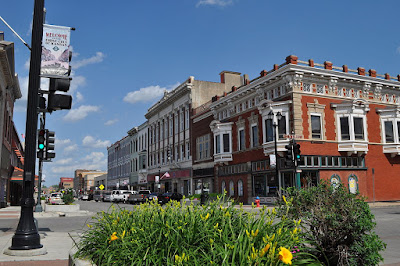 Talk about a sense of misplaced, I fear I would feel completely alone. My wife has spearheaded the house hunt and put in the majority of work in the whole transaction process. I admire and appreciate her resourcefulness and resolve. She is not dragging me kicking and screaming through this, but more like heaving a limp body, heavy with resignation that this is going to be his destiny, like it or not. Ideally, I would rather live in southern California, or maybe one of the Mid-Atlantic states. It isn't the beaches, it is the vibrancy of people, the off-the-scale creative communities that draw my dreams there. It is the progressive nature of politics, the vastly greater appreciation of the natural world.

Now? I just finished sorting insect specimens from Miami for the Yard Futures project. Next up is....Los Angeles. Ah, what might have been.