The headline on the front page of the Sunday Arizona Daily Star this week asked “Why don’t we help those with mental illness?” Talk about a population that is misplaced, the unfortunate individuals diagnosed with mental illness are probably at the top of the list. I think there are several reasons why we don’t help the mentally ill, and the first one is because we call it “mental illness.”

I am not a doctor, but given what I know, there really isn’t any such thing as mental illness. All diseases have a physiological cause, at least at the level of biochemistry, so it would seem more appropriate to call diseases of the mind by a name that reflects this. Perhaps “neurological disorders” or “cerebral anomalies” would be a better phrasing of such conditions. Our minds are not something disconnected from our brain and nervous system. Indeed, our mind originates from those sources.

Adding to the difficulty of diagnosing mental illness are the media stereotypes of those disorders. We continue to perpetuate myths such as schizophrenic people being violent. What does legitimately concern our society is the unpredictability of mental disease episodes. A manic or depressive period may come at the worst possible time for an employer, spouse, or friend to deal with. We are generally an impatient and selfish culture that gets frustrated (at the least) when we don’t know if we can count on someone to be there for us and our needs.

There is the stigma of mental illness to be sure, but we are also wary of being fooled. Don’t those with Multiple Personality Disorder just turn it on and off at will? There is this mistaken belief that the mentally ill still have some choice in their state of mind at any moment, because those of us without any affliction know how we are presenting ourselves to the world.

Treatment is often an exercise in futility because the patient is not the best source of information on their state of well-being. Patients who are doing well because of medication may decide they no longer need the drugs, which then leads to cycles of sickness and recovery.

Patients therefore need “management,” but we have painted ourselves into an ethical corner because of our previous sins in committing mentally ill people to asylums where they were horribly abused. We are loathe to repeat such crimes, so dismiss the idea of institutionalizing “mental patients” in a society that celebrates freedom above all else.

We are also reluctant to intervene when we suspect someone may be suffering from mental illness. I see this in the entomological community whenever someone broaches the topic of “delusory parasitosis.” This condition is usually manifested by the sensation that insects are crawling on the person, or beneath their skin. The patient often brings bags of lint and dust to an entomologist, insisting that the bugs are “in there,” when even microscopic evaluation of the fibers and particles reveals there is no insect, mite, or other creature to be found. The entomologist then tries his or her best to pacify the patient or pawn them off on another expert, which leads to frustration for the patient, too, who can never get a straight answer.

What do we do, then? What is the answer? There is no single answer, but the first step is for us to become better educated on just what constitutes “mental illness.” We need to learn how to recognize it, especially in its early stages when treatment might have a better chance of success. Mostly, we need to have compassion for those who suffer from mental illness, as we do for those who have more obvious physical handicaps.

Let’s not let the mentally ill remain misplaced in our society. Let us find ways to integrate them into our places of employment, social circles, and our healthcare system.

Since first meeting Heidi Genter in person, in the Denver airport, about the only times I don’t feel “misplaced” are by her side or in her arms. She has become the love of my life, endlessly supportive yet remaining the strong, independent woman that she is. I am very fortunate to have found someone so compatible and truly delightful. 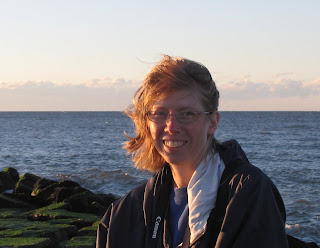 We have tried to trace the origins of our friendship and it definitely started on Facebook. That sounds like a cliché, I know, but that social network can hold some wonderful surprises for those who take the plunge. Near as we can tell, Heidi and I both “liked” the Bugguide page on Facebook, and things just went from there. Who cares who contacted who first, if the results can be like this?

Heidi knows for certain that we started talking nightly on the telephone on April 9, 2010. She has an inclusive phone plan that allows for unlimited long distance calls. We are both bummed by Daylight Savings Time, since that means she is one hour ahead of me.

Heidi lives in Colorado Springs, Colorado, where she has worked as a keeper of the great apes at Cheyenne Mountain Zoo for 17 years. She also works part-time as an usher for concerts and other entertainment events at various city arenas and venues. Devoted to her Lutheran church, she sings in the choir and plays in the hand bell choir, too. 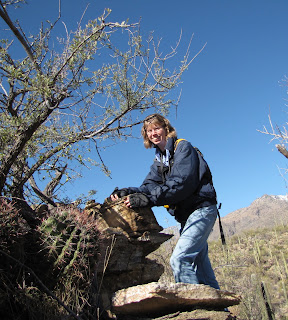 Heidi enjoys geocaching as a way to get into the great outdoors, venturing out nearly every weekend with a trio of friends. A gifted and talented artist, Heidi renders animals and other subjects in watercolor, selling some of her pieces through Café Press. She also created and produces an annual zoo fundraiser called “Art on the Hoof” that has been a great success. Heidi has a pet dog, two birds, a corn snake, and wolf spider at last count.

We finally met in person in Denver, on October 13, 2010. I had been invited by another friend, Abigail Parker, to go to Cape May, New Jersey to watch birds during the fall migration. Abby mentioned we would stay at her parents’ beach house in Ocean City, and that there was room for more people. I invited Heidi, but was truly surprised when she agreed to go. I am very respectful of her morals and beliefs, and would have understood completely if she had felt that this was just not the proper way to initiate a relationship, lodging in the same house when we were essentially still strangers. Her willingness to stretch her boundaries to accommodate opportunities like this is one of Heidi’s most attractive qualities.

We had a spectacular time leisurely strolling on the Ocean City boardwalk, snapping pictures of birds at Cape May Point State Park, and ending the day with a tub of Johnson’s Popcorn caramel corn and cuddling on the couch. Neither of us dreamed that we would hit it off so well, but were delighted. By the end of the trip, enjoying genuine cheesesteaks in Abby’s hometown of Philadelphia, we knew we had something to build on.

Home again in our respective cities, we decided we needed to see each other again soon. Heidi decided to use some of her precious vacation time to come to Tucson for New Year’s. Unfortunately, she brought the cold weather with her, and we darn near froze on our New Year’s Eve visit to the Arizona-Sonora Desert Museum. That evening we had dinner and took in a comedy show at Laffs Comedy Club. New Year’s Day we went hiking in the Sabino Canyon Recreation Area, where Heidi found at least three geocaches. We saw plenty of birds and a trio of deer, too. 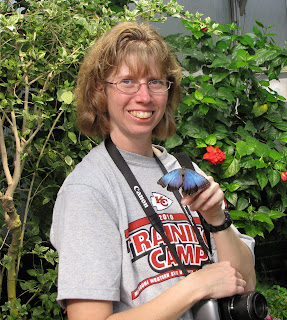 January second we went to the Sweetwater Wetlands and saw many more birds, enjoying the slightly warming weather. Heidi departed the evening of January third, but not before we took in the Butterfly Magic exhibit at the Tucson Botanical Gardens. Somewhere in all of this we also managed to play pool with Leigh Anne DelRay and her husband David Crowell. Leigh Anne gave her seal of approval to Heidi and I, which I really take to heart.

Most recently, Heidi went to southern California for a workshop on Imperiled Butterfly Conservation & Management. One of Heidi’s self-appointed responsibilities through the Cheyenne Mountain Zoo is the conservation of the Pawnee Montane Skipper, and her involvement with its recovery includes a series of workshops where colleagues share their methods and practices. I came out to meet Heidi at the conclusion of the workshop, and we stayed with her uncle Dale and his wife Beth in Carpinteria. Another great time was had by all, and we were really grateful for Dale and Beth’s hospitality. 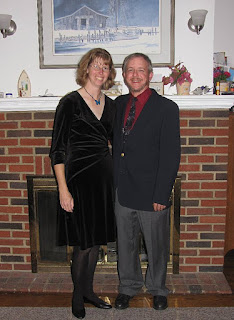 Heidi and I have plans to meet in Chicago for an upcoming family reunion (her side), then I will check out Colorado Springs in preparation to move there this fall. We both move through life at the same pace, and I really think that is why we get along so well and believe that our relationship will endure. Thank you, Sweetheart, for all that you are.