I admit I might be cheating a little, but today I am re-directing you to my Flickr Photostream for some eye candy. Each of the new images there includes a little bit of information about the creature depicted, and/or the circumstances under which it was imaged. Hope you enjoy. I'll be back soon with additional posts. 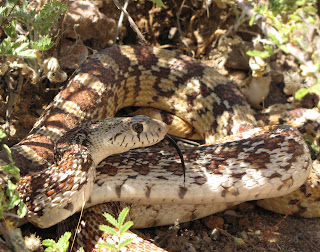 Brandi Fenton Memorial Park is a multi-use holding of the Pima County Natural Resources, Parks & Recreation agency. I paid a visit there on June 15, 2010 and found it to be much more than I had anticipated. At a little shy of 57 acres, it is also far larger in size than I imagined. 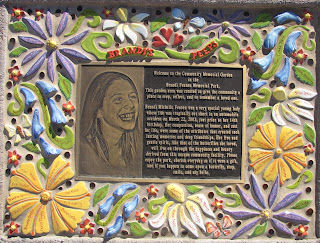 The park’s namesake was a bright and cheerful 13-year old who died tragically in a car accident in 2003. The centerpiece of the park reflects in its landscape and architecture the joys of this vibrant teenager: butterflies, art, and a caring . A butterfly garden, fountain, several sculptures, and inlaid artwork make for a very colorful and inspirational community resource. 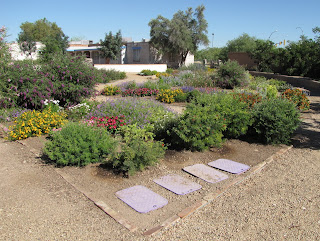 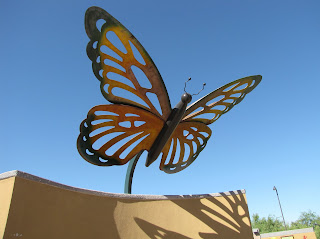 There is an equal abundance of active recreation opportunities to complement the passive, relaxing, and introspective areas. A dog park, basketball courts, fitness stations, playground, and walking paths afford exercise for people and pooches; and there are even equestrian facilities. 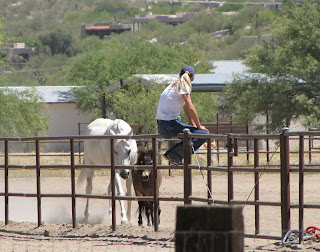 Additionally, there are many interpretive signs explaining the historical Binghampton district where this park is located. Original buildings remain on the property and serve a variety of public functions, including a visitor center. A farming community dating back to 1875, Binghampton is on the National Historic Register as well. Demonstration gardens of crops grown in that era are planned for the park in the future.

Located at the intersection of Alvernon Way, Dodge Boulevard, and River Road just blocks north of the city of Tucson, Brandi Fenton Memorial Park is a great place to explore and exercise your “inner child” (or your real son or daughter if you have a family). I look forward to seeing how the park matures (it opened in 2005) in the coming years. 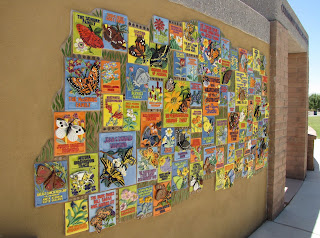 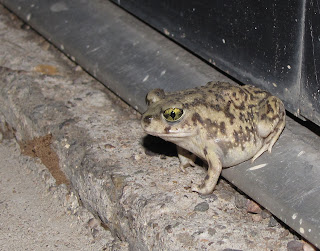 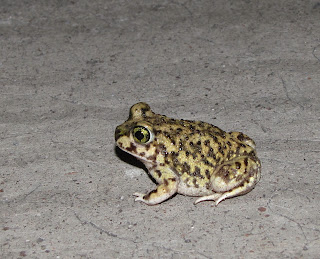 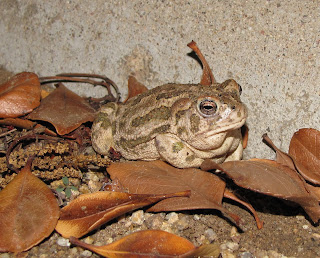 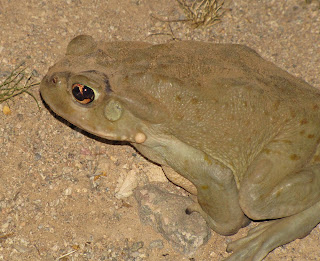 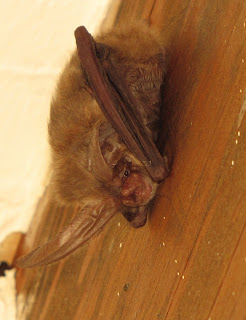 Last Tuesday, August 3rd, I had the privilege of joining my friends Philip Kline, Margarethe Brummermann, and Fred Heath in Brown Canyon on the Buenos Aires National Wildlife Refuge in western Pima County, Arizona. I also made new friends in Ken Kertell, Jake Mohlmann, and a couple from Cincinnati: John and Samantha. 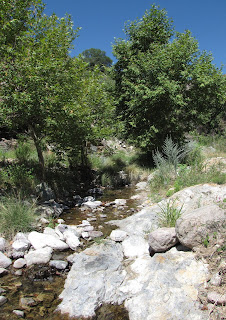 Recent rains left Brown Canyon anything but “brown.” Wildflowers, butterflies, and dragonflies all added dashes of color to this unique landscape. In fact, reds, pinks (like the Fendler’s Globemallow below), oranges, and yellows were among the dominant colors of the surprisingly lush blooms of flowers. 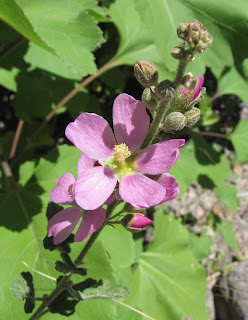 There was still water in the upper reaches of the canyon, and a succession of pools in the scoured bedrock were patrolled by dragonflies including the Filagree Skimmer, a Giant Darner, and this Meadowhawk (Sympetrum sp.). 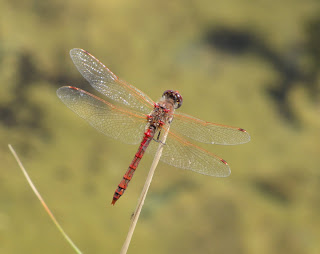 Most of those on this trip were looking for birds and butterflies and they were richly rewarded. Fifty-two species of butterflies and skippers were observed, including this Fatal Metalmark, Calephelis nemesis. 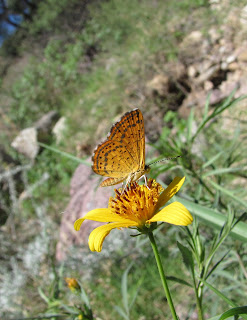 The canyon itself is very scenic, and steeped in a rich human history. Buildings, rusting cattle tanks, and even an old windmill are strewn throughout the landscape, and an old road and rock walls run parallel to the streambed. Not all the human habitations are derelict, however, as there is a very nice environmental education center complete with lodging for visitors. 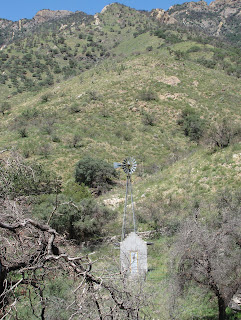 The U.S. Fish & Wildlife Service is quite serious about regulating tourist traffic in Brown Canyon, and it cost our party $40 to visit for the day. We had to obtain a code for the keypad that opens the gate, and it took two tries to get all three of our vehicles through before the gate closed automatically behind us!

I heartily recommend a visit to this wonderful area, but strongly suggest that you watch the weather reports and make your trip after a good monsoon rainfall if you want to see the best of the flora and fauna. Remember to take plenty of water, sunscreen, sunglasses, and a broad-brimmed hat for maximum comfort during your hike.

I will be starting a new, part-time job shortly at the Tucson Botanical Gardens. My title will be "Assistant Butterfly Curator" for the Butterfly Magic exhibit of live butterflies that runs from October through April. Elizabeth Willott, Curator of Butterflies, will be my supervisor there. I am very much looking forward to learning how to better train and manage volunteers, which will account for most of my duties.

I am still actively seeking full-time work online, in media, and museums, but am very grateful to TBG for extending me this offer. I will still have time to continue freelance work as well.