The last few days have been full of headline-making science stories. We landed another rover on Mars, cloned an endangered species, and may have rediscovered a species believed to be extinct. If this is all great news, why are some scientists so defensive? The Twitterverse is a strange entanglement of overlapping galaxies, and this week is bringing out the best and worst in the scientific community. 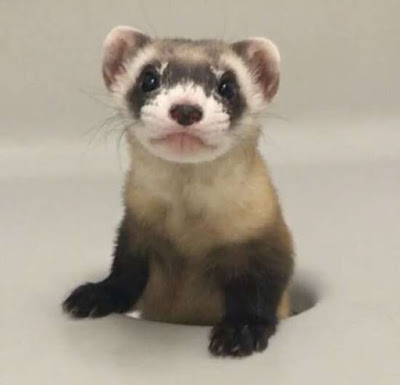 Depositing a self-propelled data-collecting rover on a distant planet is a technological achievement for which the creators and support personnel should rightly be proud. Among the congratulatory and celebratory voices, however, were those who complained immediately that such milestones unleash an inevitable flurry of public resentment over tax dollars being spent on the “luxury” of space exploration. Public perception, they claim, is that interstellar endeavors are a waste of time, money, and other resources when we have urgent problems affecting flesh-and-blood people here on planet Earth. Landing a rover on Mars while citizens in Texas and other southern states were freezing in the wake of a polar vortex was a coincidence of, dare I say, astronomical proportions.

At the other end of the spectrum came news that is igniting excitement from the public, but criticism from scientists. A video announcement was released suggesting that a trail camera had possibly detected a family of three thylacines, the infamous “Tasmanian tiger,” a large carnivorous marsupial that vaguely resembles a dog. The thylacine was last documented conclusively with the last wild individual captured in 1930. The man in the video has turned over the trail cam images to experts for their evaluation, rather than posting them immediately to the internet. That cautionary act enhances his credibility.

Unfortunately, the immediate reaction of the scientific community was overwhelmingly negative. The consensus seems to be that hunting for thylacines is a fool’s errand, a waste of time, money, and other resources when we have urgent problems affecting endangered species that we know for a fact exist, if by a thread. Sound familiar?

Conservation scientists appear threatened by competition from those still looking for thylacines, Ivory-billed Woodpecker, and other species believed extinct. However, the Formosan subspecies of the Clouded Leopard was declared extinct as of 2013 and yet rediscovered in Taiwan last year. We are, in fact, still discovering new species of mammals every few years. Criticizing scientists engaged in those efforts amounts to a form of bullying and is at best unprofessional.

Meanwhile, it was also announced that scientists in Colorado successfully cloned a female of the highly-endangered Black-footed Ferret. Rarely has anyone been able to spin the science of cloning in a positive fashion, but here we are. At first blush, this does not appear to be cause for elation because it means the youngster is a genetic duplicate of its “parent.” In this case, the female she was cloned from died back in the mid-1980s, so this little one does represent an enhancement of the gene pool.

The only criticism anyone can level at the ferret story is that the species still needs intact prairies, and a prey base of prairie dogs, to sustain and increase its numbers. Here in Colorado, anyway, agricultural interests (to include ranching) and developers, and fossil fuel extracting companies all seem hell bent on eradicating prairie dog towns.

All of us, scientists and the general populace, at least here in the U.S., are guilty of accepting the idea of scarce resources for which we must compete. This is especially true of federal budgets that allocate only so much to each public concern. Pressure needs to be exerted on Congress, and the corporate sector, to be more responsible in budget decisions. What good is a bloated defense budget if we don’t have a country worth defending? Why are only majority shareholders and executive officers of publicly-traded companies the beneficiaries of corporate wealth?

We vote for government representation at some level at least every two years, but we vote in the marketplace daily. We need to make our spending dollars count in both our consumer choices and in our private donations to causes we believe in, from civil rights to endangered species to space exploration. Let’s stop complaining reactively, and be more proactive instead.

Wildlife and plant conservation is more complicated than ever in the twenty-first century. Outright habitat loss from agriculture, urbanization, resource extraction, water diversion, the introduction of non-native species, and other endeavors continues nearly unabated. Now, we have the added effects from climate change. Consequently, habitat protection is less predictable. We know change is going to happen, probably more rapidly than anticipated by our government, business, and cultural institutions. How best do we cover our bases? 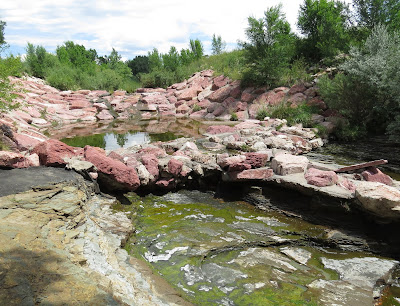 Habitat of the Filigree Skimmer dragonfly in Colorado Springs, ironically enhanced by an aging drop structure in the streambed.

The experience that got me thinking about this was my discovery of the only known breeding population of the Filigree Skimmer dragonfly, Pseudoleon superbus, in Colorado. The documentation of the species just up the hill from my home in Colorado Springs represented a significant northern range extension for the species. I am using past tense because it is almost certain that the population will perish during or after a stormwater mitigation project slated for execution by Colorado Springs Utilities.

This situation was at the forefront of my mind in deciding whether to vote in favor of the reintroduction of the Gray Wolf to Colorado. The citizen-generated initiative made it onto the ballot in November, 2020, and passed by the narrowest of margins. It represents an attempt at restoration of historical ecosystems, and the historical range of Canis lupus in the Lower Forty-eight states. It could also be interpreted as contingency planning should wolves re-establish on their own, which seems to be the trend since the re-introduction of the species to the Greater Yellowstone Ecosystem.

In the absence of reliable predictive modeling for shifts in the geographic distribution of organisms, and therefore shifts in the composition of ecosystems, it is prudent to be as immediately responsive as possible when changes arise. The more preemptive actions that can be taken to facilitate those responses, the better. The wolf reintroduction bill at least forces the hand of Colorado Parks and Wildlife to manage wolves one way or the other, with the advantage going to the wolf and its human advocates. Similar legislation is needed at an ecosystem level to guard against both continued exploitation of natural resources by business interests, and to mitigate probable climate-driven catastrophes such as prolonged drought and wildfires. 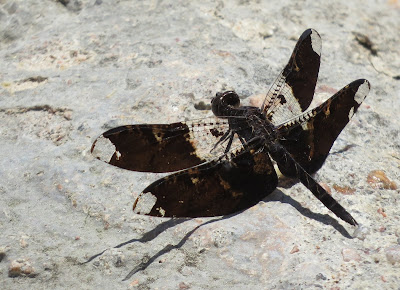 Back to the dragonfly for a moment. The Colorado Springs occurrence could be viewed as a disjunct population, far removed from the historical range of the species in canyons of the deep southwestern U.S. It could be that this is the “new normal” for the species. If the species is progressing northward, is something happening farther south that is driving it northward? Such outlier populations deserve consideration of protection, regardless of whether the species is currently listed as threatened or endangered in any part of its existing range.

I explored every recourse I could think of to get protection for the dragonfly population up the hill, but to no avail. It is tragically ironic that we demand a species to be already in peril before we give authority for its interests to be considered. Thus, the rights of a given species do not matter until the very last minute. What of the rights of humans to other species? What of our rights to experience other species in nature, in a passive fashion? Why do those rights not count at all? Many a human being would elevate the experience of immersion in wild ecosystems above mere recreation and into the realm of necessity for one’s mental health and physical well-being.

The time has come to raise the bar in proper stewardship of a constantly changing landscape, and give priority to preservation of not just species, but populations of each species. The maintenance of genetic diversity has never been so critical. There has never been such an urgent need to preserve as much remaining habitat as possible because climate change is diminishing viable ecosystems wholesale.

Conservation organizations and environmental law professionals, take note. The old standards and methods no longer apply. It is time to be creative, with innovative approaches to legislation, the forging of new partnerships with indigenous peoples to restore the “history” in “natural history,” and the assertion of urgency to preserve wildlands not for future generations, but to honor present and previous generations of ecological advocates. Get to work.