Heidi and I had the privilege today of touring the parcel of land in western Colorado Springs, Colorado known legally as Strawberry Hills, and affectionately as "Strawberry Fields." This is the 189 acres destined to be transferred to the Broadmoor Hotel if a proposed land swap occurs between the City of Colorado Springs and that private corporation. 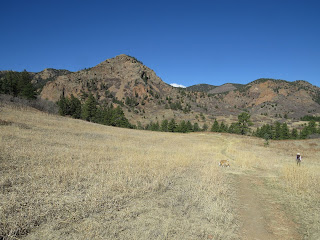 The tour was led by Rick Skorman, better known perhaps as the owner and founder of Poor Richard's, a series of adjacent downtown storefronts with a bookstore, coffee house, restaurant, and toy store. 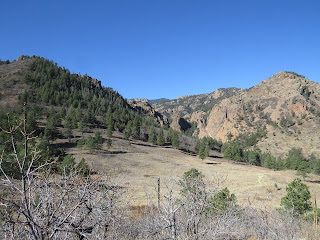 Last week I wrote my opinion about the land exchange, and if anything my sentiments are stronger after traversing the meadow myself. I can only imagine what it would look like in spring and summer when wildflowers are in bloom, and the landscape greener. Here is a video of another tour, including some stunning overhead footage shot by a drone, and a bit of history.

There is precious little time for the public to make their case against this land swap. There have been many public "meetings," but citizens have had little time allotted to express their opinions at these gatherings. At least one more meeting will be held at Goldcamp Elementary School on Wednesday, March 30, at 6:00 PM. 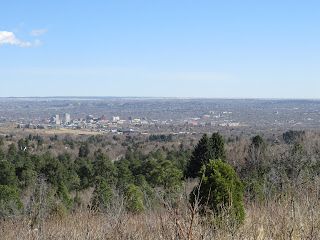 Meanwhile, the best thing you can do is write, call, or e-mail the Mayor and City Council directly. Here is information for doing so:

Remember to replace "AT" with the "@" symbol when e-mailing. It is especially critical that Mayor and Council hear from those residents who do not live near Strawberry Hills. There is a strong perception that no one else cares about this parcel of public land and we need to correct that assumption. Lastly, it might help to lobby the Parks and Recreation Advisory Board, which will ultimately vote on the proposal: (719) 385-5940, jkriskoATspringsgov.com. 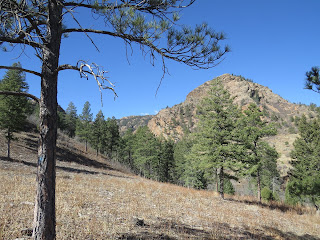 Oh, I almost forgot. Your most up-to-date source of information about this ongoing saga is Save Cheyenne on Facebook.

This "deal," a product of premature action, in the absence of biological inventories, without channeling through the Planning Commission, and largely without public input or avenues for recourse, would set a terrible precedent if allowed to pass. Today it is Strawberry Hills. What will it be tomorrow?