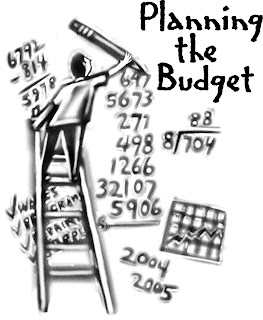 Most talk of budgets is centered on government appropriations, program cuts, and other headline-making, multi-million dollar decisions made by elected officials. How much thought goes into our own personal budgeting? Are we guilty of saying to ourselves that if deficits and debt are ok for government, then overspending should be acceptable on a personal level? I find my own situation the opposite of that. I do not have a spending problem, I have an earning problem.

There is simply very little I am capable of doing, or interested in doing, that could generate a consistent income. More to the point, I no longer have tolerance for most employers, workplace politics, and being a cog that generates wealth for executives and company shareholders instead of a more equitable division of profits. Oh, I am guilty of instigating workplace drama myself. There may even be former coworkers and supervisors reading this who can attest to my being temperamental, seeking romantic relationships with coworkers, and not always completing tasks in my job description.

At least my contempt for most businesses is matched by my lack of enthusiasm for spending. There is simply very little I am interested in purchasing in the way of material goods. Not that I don't have my weaknesses. My spouse can vouch for the fact that tasty-but-not-always-healthy food and beverages are near the top of my priority list when it comes to disposable income. Good thing alcohol is so expensive, or I'd be drinking daily. Maybe hourly. On a really bad day it might be all I would do. The older I get, though, the less "things" I find I need or want. In fact, I would love to liquidate most of my possessions in favor of more money to travel.

One of my greatest disappointments is that virtually none of my belongings has any appeal to anyone else. My parents got me the Matchbox® toy cars as a kid, not the Hot Wheels™, for example. I have a few autographs, but they are from the era when sports stars and Hollywood celebrities would personalize them instead of offering a generic signature. That's apparently a bad thing that diminishes their value considerably. I put a few of my old natural history books up for sale on a Facebook group and got exactly zero responses. I don't mind donating things, but that usually isn't even enough to warrant itemizing my federal tax return. If charity begins at home, then we could use a little help here, IRS.

Collectively, we like to create the illusion that we are doing better financially than we really are. I've written about this before, the metamorphosis of the Middle Class into the Debt Class. We are taught that we need to "keep up with the Joneses," and not to complain, or have envy or jealousy over the success of others. Back in the day, that might have been true, and we could advance ourselves at least incrementally up the ladder of affluence. Today, corporations and Congress are simply removing the rungs, right out from under where we are currently perched. They are also cutting holes in the safety net beneath the ladder while telling us it is all for our own good, that we will somehow be better off. Baloney.

Back to your budget. The first thing to do is stop judging yourself by your material assets. Friends judging you that way? Get new friends. You can start with me. You know what is important, and the overwhelming majority of it you cannot find in a store or online. It is the fabric of family, community, and the other organisms we share the land, water, and atmosphere with. All else is icing, and arguably even unnecessary. There. Doesn't that make the cable or satellite service a little easier to part with? Maybe it even makes the decision to strike out on your own business venture a more plausible possibility. Go for it.