All the Other Things That Have Happened Lately

Sometimes the world spins too fast for a writer to keep up. Not that we have to have an opinion on everything, but we get overwhelmed and hardly have time to ponder the events of the day in a thoughtful manner. Take the government shutdown, that Gillette razor ad on television, and the death of Mary Oliver for example. Each deserves its own moment of silence, perhaps, before we open our mouths. 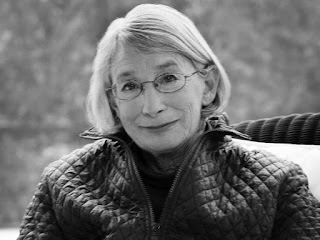 It is difficult to find anything good about the month-long shutdown of the federal government. After all, most of the meaningful aspects of government were profoundly compromised. Not that the executive and legislative branches aren't meaningful, but the services that affect us day-to-day, the ones we take for granted, were damaged severely. The one thing we can hope for is that we now have greater empathy for federal workers, many of whom are living just like us, paycheck to paycheck, putting up with constant customer complaints, and still doing their jobs to the best of their ability. They do their work regardless of which political party is in control of what, and face the same economic challenges the rest of us do. "Thank you" is what our collective response should be. Naturally, this scenario could be repeated in another three weeks if....Well, you can fill in your own narrative.

A television ad, presumably run on cable networks since many people only learned about it over social media, caused an uproar for suggesting that men who shave should think about policing each other in matters of bullying, sexual harassment, and other forms of "toxic masculinity." Complaints ran the gamut from assertions that Gillette charges women a higher price for "pink razors" to opposition to the idea that a corporation has any say-so in our personal behavior. The sheer diversity of opinions was staggering, but thought-provoking when expressed in a polite and thoughtful manner. If only the posts and comment threads on social media were more than mere rants. One of the overall undercurrents (yes, I love mixing metaphors) appears to be that men are uncomfortable yielding power to other men, women, pretty much anybody.

Men brought on this revolution themselves, it is safe to say, through their insistence on power as expressed through dominance, oppression, and rigidity of gender roles. Perhaps men fear either a future where they are treated the same way by women, or that "strength" will somehow be feminized and therefore weakened. Male power has been about an obsession with control and wealth, and protection of self above all else. My personal observation is that female power stems from a desire to protect others, that power is achieved through empathy and assertion, not dismissal and aggression. Sure, there are exceptions, but I believe I will personally prosper more under a feminine definition of power. Heck, even the men we hold up as heroes generally demonstrate a concern for others, sometimes sacrificing their own lives in the process.

The gender gap was brought to the fore in another event, the passing of poet Mary Oliver. It was embarrassing for me to admit I had never heard of her, or at least would not be able to name her as a fundamental figure in poetry, writing, and the environmental movement. Friends, most of them women, suggested it was no accident, that even among scholars there was a bias against women in literature and they took a back seat to their male counterparts. That is the real tragedy, that important voices are diminished when they are needed most. Oliver's voice is heard again now in the sense of epitaph, but I hope it echoes widely in the coming years and decades as we struggle with our collective sense of place in the natural world. May she rest in peace, as she has brought peace to others through her words.

What stands out to you in this schizophrenic beginning of 2019? Are you hopeful? Despondent? Share your thoughts in the comments, if you will. We all stand to be better informed by each other's observations, viewpoints, and experiences.