Our Tax Dollars Are Being Used Against Us

The primary objection to democratic frontrunner candidates for President of the United States appears to be the idea that they would increase taxes, perhaps drastically. The problem stems from interpretation of “taxes” as strictly, or mostly, income taxes; and the belief that our current taxes are being spent as they should be. Neither of these assumptions is true. 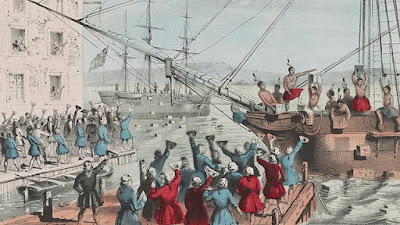 The most extreme opponents of taxation view the practice as “theft,” the robbing of your hard-earned wealth. In theory, taxes represent your contribution to the public good, services and products shared by the citizens of your municipality, county, state, province, and nation. Unfortunately, that reality is changing, and the disbursement of your tax dollars is becoming larcenous at a grand scale.

….I look at increased taxes on the wealthiest individuals and corporations as an opportunity for atonement. Call them reparations for having enslaved labor and jeopardized our collective health, both physical and mental, over decades if not centuries.

As one who will be seeking professional help with his own income tax for 2019, I am in no position to comment on the collection and disbursement of any other form of taxation. However, there are plenty that come to mind immediately: estate taxes, property taxes, capital gains taxes, payroll taxes, sales taxes, taxes on interest income, and excise taxes such as “sin taxes.” You cannot say that America has not been creative in ways to generate tax revenue. How to tax everyone equitably has been the challenge.

How is that revenue spent? Traditionally, tax revenue has gone to pay for such features as roads and other public infrastructure, public safety services (police, fire, other first responders), national defense, libraries, museums, parks and monuments, and salaries of government officials who represent you or otherwise serve you. The arts, sciences, and public television are also supported through government programs. Tough to argue against such vital foundations of our collective society, but some people do.

Perhaps this frustration is due in part to the fact that many of the projects related to these services are not performed in-house, in the public sector, but contracted to private companies. Some companies may not be eminently qualified to carry out the tasks, despite a low bid, and consequently the job must be re-done. That kind of redundancy and waste should be unacceptable. Other companies, more qualified and skilled, habitually overcharge or otherwise exploit the systems in place to milk as much profit as possible. Cost overruns are the order of the day, and apparently accepted as common practice by government agencies that engage in public-private partnerships.

Ok, but at least our tax dollars are ensuring our health and safety as consumers, members of the labor force, and guaranteeing environmental health, a free market, and all the other things we take for granted. Right? Wrong. That is the way it should be, but the opposite is happening instead.

We have to end the feedback loop of wealth accruing more wealth to be weaponized as an unfair tax burden against the poor and middle class for the creation of still more wealth for the wealthy.

Your tax dollars, instead of being spread widely for the benefit of the entire citizenry, are being funneled upward to corporations and individuals that are already enjoying a vastly greater degree of wealth than you or I. This takes the form of outright industry bailouts and corporate subsidies, plus loopholes in the tax laws permitting all manner of legal but unethical abuses. Industry then uses its protected and enhanced profits to lobby your government representatives for deregulation to further boost profits. This tends to result in fewer protections for labor, including union-busting and depressed wages and benefits, as well as erosion of consumer protections against faulty and dangerous products, and a decrease in environmental quality resulting from relaxed codes on atmospheric emissions and discharge of wastes and toxins into water resources.

The free market, though! Ah, if only that were true. If a free market existed, the U.S. would no longer have an auto industry, a coal industry, an oil industry, nor probably the enormous financial institutions we continue to have. All are consistently subsidized with your tax dollars. In the case of auto manufacturing and big banks, bailouts kept them from collapsing, for the time being. I guess we enjoy low fuel prices, but at what costs to the environment and our health? I guess we enjoy free bank….H-e-e-e-y, wait a minute!

Personally, I look at increased taxes on the wealthiest individuals and corporations as an opportunity for atonement. Call them reparations for having enslaved labor and jeopardized our collective health, both physical and mental, over decades if not centuries. We have to end the feedback loop of wealth accruing more wealth to be weaponized as an unfair tax burden against the poor and middle class for the creation of still more wealth for the wealthy. We have to tear down the dam that has resulted in hoarded currency, and restore the natural flow and cycle of money throughout the economy. Currency must be defined once again as energy, not power.