Those Who You Thought You Knew 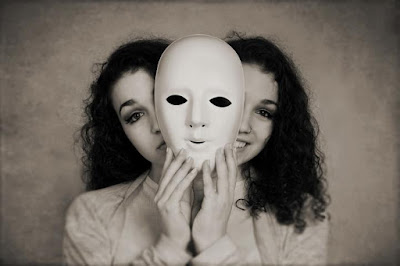 There has been an unspoken understanding in the community of birders and other naturalists that one’s belief that other species matter automatically assumes the same sentiments are extended to all members of our own species. If the last four years have taught us anything, it is that we do not know each other at all. How we reconcile that, or whether we even choose to acknowledge that condition, will steer the future of the entire planet.

What began as simple disbelief that the United States had elected the current occupant of the White House has since become an outrage. Every step of the way it evolved and crystalized into clear recognition that the President has zero empathy for all other human beings, unless they are in a position to improve his personal economic and social status. Initially, we forgave our friends who voted for this person. We could empathize with their desire for change, for someone outside the establishment politics that rule our national government. We sought understanding, but maybe gave up eventually and returned to a relationship with those friends that had nothing to do with politics.

The expectation is that among those who espouse an all species matter philosophy, every other belief aligns

Then came the “me, too” movement, and after that the global pandemic, and in the midst of that the murder of George Floyd by Minneapolis policemen. The same friends who had voted for our President were eerily silent through all of that. We were appalled already because they were quiet when borderland policy was incarcerating refugees and immigrants in conditions we would not tolerate for violent felons in prison, and separating parents from children. The rise of Black Lives Matter finally appears to have made things….excuse the analogy….black and white.

The conversations on social media finally exposed the depth and pervasiveness of hatred, even by people we had formerly respected. It was, and still is, jarring to our core. Birding communities that had been divided over etiquette in “chasing,” listing, and observing birds are now divided between racists and inclusivists. The expectation is that among those who espouse an all species matter philosophy, every other belief aligns, including impartial justice, equal rights (not special rights, whatever those are), and acceptance, not mere tolerance, of non-binary identities, and the full spectrum of sexual orientation, including asexual persuasions.

Other animals must change physically to cope….Us? We have only to change our minds in order to adapt.

We begin re-evaluating all our personal relationships, from childhood friends to the person who we trust to fix our computer when it breaks down or behaves strangely. More devastatingly, we question ourselves, and whether we can truly trust anyone to be sincere in their sentiments, and embracing of equality.

”Wait until they come for your heroes,” we are told, as statues fall and monuments are defaced. They already have “come after” John Muir, Theodore Roosevelt, and others I once revered, but I appreciate the enlightenment and have no fear that the accomplishments of such people will be eroded. Learning the full story, warts and all, is called education, and it has long been overdue.

The success of every species is its ability to adapt to change, but Homo sapiens has the hardest time with that. Other animals must change physically to cope with our ever-widening urban and agricultural landscapes, alter their food selection, and learn to take advantage of human mistakes and neglect. Us? We have only to change our minds in order to adapt. Politics, religion, and economics are the enemies of human adaptation. They cling more fiercely to the past than any other social institutions because those past rules and assumptions serve them in their rise to greater and greater power.

In the end, the inescapable conclusion we reach about those we thought were our friends is that they do not truly care about what is truly important. They fail to understand that only by elevating the status of less privileged people will we ever achieve the sustainability and prosperity that enables other species to thrive alongside of us. The time has come for sacrifice, not continued exclusion. Material gain, or even comfort, can no longer be tolerated when it means oppression of others. A different lifestyle or identity in no way diminishes your own. The only threats to your white, middle-class life are the stereotypes and fears your have manufactured. Get over it, or get out of my life.

Note: This may be my last post unless Blogger retains the "legacy" option as an alternative to its "new," abominable interface. I tried doing this post on the new interface and it was essentially impossible.