The Branding of "Never Forget" 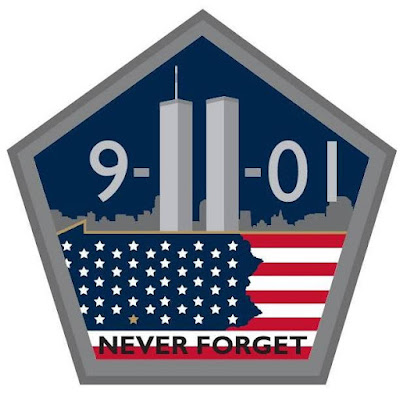 American culture is obsessed with tragedy and hero-worship. Nowhere will this be more evident and celebrated than during the twentieth anniversary of September 11, 2001. I fully expect a television news anchor to wag their finger as they implore us to “never forget.” The branding of that phrase has clear implications, and they are not flattering nor socially or psychologically healthy. There is reverence and remembrance, and then there is something more insidious, divisive and destructive.

The phrase is now the name of a website for a charitable organization dedicated to a memorial and educational program surrounding 9-11. Fear not, the media will never let us forget that tragedy, because we elevate it above almost all others: America as victim. It is archived not only in memory, but in every conceivable medium of communication. It truly feels like it happened yesterday, because most events in the digital age endure. We collectively know the biography of every life lost, every hero, every perpetrator.

We should indeed have reverence for life, but all lives. Sacrifice and service need not be public, by profession (first responders, healthcare workers, military personnel), or even disaster-related. It should be a regular exercise instead of something spectacular. Yes, we should remember our collective history, but we tend to pick and choose which events to mark on the calendar.

…. the implication is that we are to never forget that our enemies are non-white, non-Christian, and often non-American.

It is telling that the events the media instructs us to never forget are tragedies affecting mostly white people, and/or establishments that we hold sacred, namely financial institutions and schools, churches, retail marketplaces, and entertainment venues. This is why we have to be reminded by ordinary citizens that Black Lives Matter. We seem to largely ignore other historical calamities, and ongoing offenses against non-whites.

No, the implication is that we are to never forget that our enemies are non-white, non-Christian, and often non-American. In reality, the real threat to peace, freedom, liberty, and equality is white supremacy. This is what we need to be reminded of daily, not just on the anniversary of some horror, not just on Juneteenth. Our sworn enemies are largely manufactured from white entitlements. Why should we be surprised that they object to our hubris?

Meanwhile, heroic figures are usually white saviors, be they first responders, healthcare workers, political leaders, or celebrities in the entertainment industry raising funds in the wake of a tragedy. Real heroes, of course come in all colors, everywhere along the gender spectrum, from all religions, and all economic classes.

We prosper most, collectively, when we embrace, advocate for, and promote all peoples, especially those not endowed with white privilege. The whole planet would be better off if we listened to indigenous cultures and learned their sustainable practices of land stewardship.

Want to be a hero? Be fearlessly authentic, have an open mind, listen more. Revel in being ordinary, but strive for excellence, equality, true justice, and leadership by example. Ask yourself what you can do without so that others can have what they need and deserve. Be honest, and speak honestly. Yes, it will make you vulnerable, but we need to normalize vulnerability and empathy.

You are not required to step into line with toxic ideology or conventions that serve no one but those who already have privilege. That is what freedom truly means. You are not a “race traitor,” you are a world citizen. Never forget that.