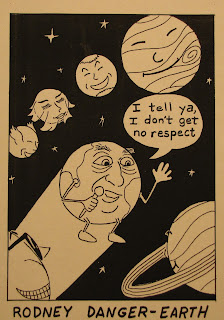 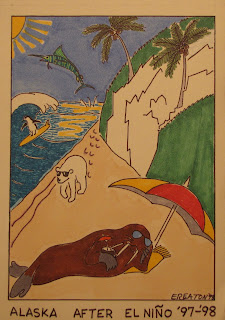 Everyone knows the history of Earth Day, that the first one occurred on April 22, 1970, at the height of the environmental movement. It experienced a bit of a renaissance with the 20th anniversary celebration in 1990, and hasn’t slowed down too much since.

I wonder, however, if the meaning of Earth Day has not changed drastically since its inaugural debut. The first one seemed to stem, in part, from a genuine concern for the welfare of other species and the habitats that support them, while today’s Earth Day is steeped in self-centeredness rather than altruism. Things have deteriorated globally to a point where there is serious concern for the welfare of our own species, Homo sapiens. We still covet mostly the cute and cuddly endangered species, and yet refuse to acknowledge that we, too, are animals. Looming over everything is the specter of global climate change, which seems to be accelerating as we speak.

Another aspect of Earth Day that has changed radically is the commercialization of the day. Most local events are supported financially by institutions and companies seeking to raise their own profile or improve customer relations, whether they are truly “green” or just greenwashing. Here in Tucson there are at least two large public events. A grassroots version was initiated a few years ago to protest the official city event, sponsored by Raytheon, a large local Department of Defense contractor known mostly for its manufacture of missile systems. How can the irony of that escape anybody?

Please, share your own sentiments, good and bad. Tell me how you practice “Earth Day every day,” as the slogan goes. I look forward to learning from you.