After spending time at Cape May State Park on October 15, 17, and 18 of this year, I can highly recommend this natural gem to any naturalist. There is literally something for everyone, from history to architecture to nature. 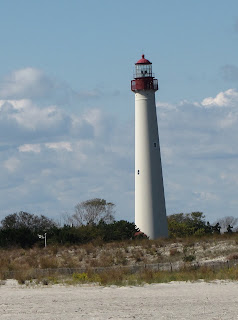 The most obvious landmark at the park is the lighthouse, 157 feet in height. It was erected in 1859, after erosion forced the dismantling of the previous lighthouse built in 1847. Many of the bricks from the older version were incorporated into the current tower. 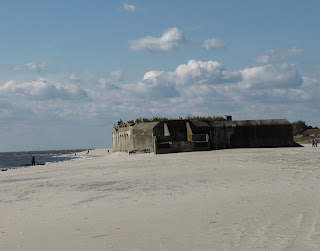 An equally impressive structure is a World War II bunker, constructed as part of the Harbor Defense Project of 1942. The entire park is actually a former military base, and the bunker was originally 900 feet from the shore. Today, at high tide most of it is under water.

A pair of linear one-story buildings near the lighthouse houses the restrooms, park visitor’s center, and a small natural history museum that contains some live animals as well as typical taxidermy mounts and other old-style interpretive exhibits. 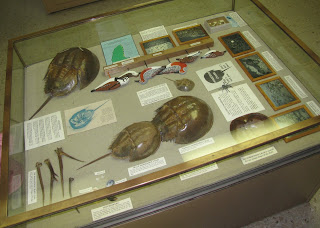 You might be better off simply exploring the trails that lace through 153 acres of wetlands and open woodland. The half-mile Red Trail is wheelchair-friendly, while the Yellow and Blue trails eventually end up at the dunes and beach. While watching for birds above, be sure to note what is underfoot on the boardwalks, too. We saw this ribbon snake on one of our treks. 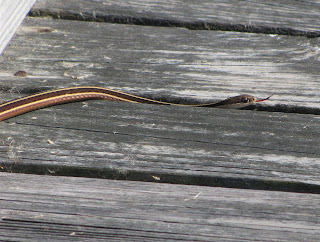 Other animals may cross your path as well, like this male Blue-faced Meadowhawk dragonfly 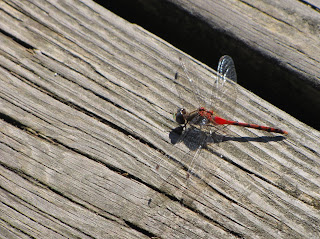 The boardwalks also have several platforms, and even a few wooden blinds, from which to watch waterfowl on on the open water in the marshes. There are obviously continuing efforts being made at habitat restoration as well, with numerous plantings installed on drier ground.

Do take advantage of the many programs and guided nature walks offered here. There is even a hawk-banding demonstration from mid-September through October.

The official website for Cape May Point State Park offers more details than I can share here, but by all means consider a trip here.