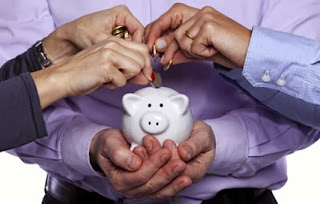 Crowdfunding online, through such avenues as Kickstarter and GoFundMe, has become all the rage these days. I was recently confronted by a situation that caused me to reflect on what I think of this new enterprise when a friend, who has relocated to Chile, broke her hand and needed surgery she could not afford.

I have to preface any further comments by noting the fact that my friend earns her living with her hands. She makes jewelry, and very good, unique jewelry at that. It was not an option to go without surgery and risk being handicapped for the remainder of her life. Obviously, even if she had health insurance, it likely would not have been honored in a foreign country.

So, I truly admire her creativity in appealing to her friends, actual and virtual, through Facebook. She set a goal, provided secure avenues for donations, and gave regular progress reports. I felt somewhat guilty for not sending funds myself, but I am without a regular income and nobody and no causes have received my financial blessing in quite some time.

At least I knew this was not a scam, which, unfortunately, cannot be said of everyone. It pays to do your homework on projects and people who you do not know personally. Witness the dubious validity of the ”Poverty Thoughts” essay.

What else figured into my decision not to give? I had not really thought about my philosophy toward crowdfunding until this circumstance presented itself, but I realized that I think crowd-sourcing should be about something beyond yourself. Funds raised should go to a greater good, a service or product or other creation that benefits more people than the individual seeking money for it.

I know plenty of people with outstanding ideas for which they lack financial backing to execute. Crowdfunding would be a great approach. Authors and musicians who have trouble getting contracts with publishers or recording studios can finally produce material and get exposure through crowdfunding. Indeed, that strategy also builds an audience for one’s work because they are aware of the process, even if they do not donate outright.

Is crowdfunding the future of artistic and creative enterprise? Perhaps it is. Anything that can legally allow for a person to become their own boss, or otherwise liberate themselves from the corporate-driven business world, I am all in favor of. A marketplace that is driven truly by small businesses, not by those of the Wall Street variety, is going to be more responsive, vastly more accountable, and hopefully a kinder, gentler economy.

Back to my friend in Chile. Her surgical procedure was successful and her physician is delighted with the progress of her healing. Someday, I hope to be in a position where I can make a tangible contribution to such friends in need, not sending only love and “good vibes.”