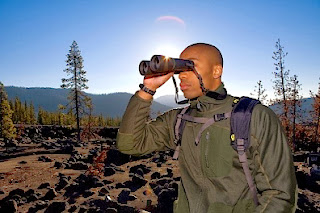 The other day I found myself inside a Barnes & Noble, and picked up the latest issue of Orion, the quarterly nature magazine. One of the first articles that caught my attention was a one-page piece by J. Drew Lanham entitled “9 Rules for the Black Birdwatcher.” At first I thought it might be a comedic or satirical treatment, but it became very clear very quickly it was a rage against the status quo when it comes to “minorities” in a traditionally White recreational and citizen science pursuit.

I hope I am forgiven for laughing quietly to myself over a couple of the rules: “Don’t bird in a hoodie. Ever.” And “Nocturnal birding is a no-no.” They would be hysterical suggestions were they not a reflection of our tragic and obscene stereotypes of African American culture. And of course we are all too familiar with the horrific outcomes those assumptions can lead to: Shooting teenagers who can’t possibly be up to any good if they are in the “wrong” attire in the “wrong” neighborhood at the wrong time.

Dr. Lanham, who is a professor at Clemson University, goes on to express rightful indignation over the reluctance of the birding community at large to embrace diversity, and how the “they all look alike” bias of Caucasians toward Blacks spills over into a hobby that likes to consider itself more refined and sophisticated than average street folk. The Focus on Diversity pre-conference at the Rio Grande Valley Birding Festival is a landmark start, and Lanham has been actively involved in the event for its three years of existence.

We also need diversity in leadership positions. This also applies to the female gender. A recent blog post by Brooke McDonald, entitled “The Field Glass Ceiling,” revealed a mostly unspoken uneasiness felt by many women in the birding community. I am being polite, actually. Unspoken disgust is more like it. The dismissive attitude of some male birders is appalling. There are many accomplished female birders and ornithologists who could be outstanding ambassadors for the birdwatching community.

I must admit that, for the longest time, I myself stereotyped birders as mostly overly-affluent snobs who looked down their noses at anybody else recreating in the great outdoors. My attitude has been adjusted in the last decade or so, and not forcibly so. Kenn Kaufman gently nudged me to look beyond “bugs” again; and Jeffrey Gordon brings a welcoming persona to his role as president of the American Birding Association. The “new” generation of birders has a sense of humor, a sense of responsibility to bird conservation, and increasingly reaches out to young people. They even look at insects every once in awhile!

Back to Birding While Black. I do think that there is genuine concern over the lack of minorities in one of the most popular of all outdoor activities; and that sympathy extends beyond mere "tolerance" and politeness. The challenge lies in how we communicate better, and not sound patronizing or stereotypical. That applies to all parties involved. We need to get out of our comfort zones to accomplish real integration, but the rewards will be well worth the effort.