It Is Not "Politics" 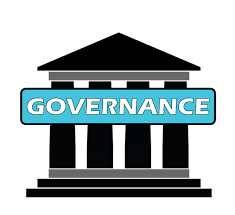 This week I have seen several friends on Facebook complaining about all the "political" posts in their newsfeed, and wishing it would just stop. Perhaps they can be forgiven for being confused. Politics is what got us here, but what is happening now is not politics. It is executive orders and cabinet appointments and congressional initiatives that people are objecting to, and with good reason.

It isn't "politics," it is current acts of GOVERNANCE that threaten to destroy our democracy, civil rights, and environmental health.

There may be a little residual whining about who won the election, but the overwhelming majority of comments and links that are appearing in my social media platforms are directed at the actions of the President-elect and Congress. Even traditional Republicans are voicing concern over the heavy-handed executive orders, especially the "ban" on refugees and other immigrants from select nations that appear to have little if any history of exporting terrorists.

Equally alarming is the appointment of Chief Strategist Stephen Bannon to the National Security Council. This executive order may actually violate federal law. Only secretaries and undersecretaries are eligible for appointment to that council, and it has traditionally been composed only of the Secretary of State, Secretary of Defense, Secretary of Energy (which overseas nuclear weapons), the President, and the Vice President. I would be disturbed by this appointment regardless of who the President is, or what party affiliation they purport to have.

Our President-elect has no respect for either party, and is taking excessive liberties....to trumple (yes, I just coined the word "trumple") the rights of citizens of all political persuasions....

Perhaps that is at the root of this. Our President-elect has no respect for either party, and is taking excessive liberties with his power to trumple (yes, I just coined the word "trumple") the rights of citizens of all political persuasions in order to advance an extremist agenda aimed at dismantling all regulation of corporate business, abolishing protections of every kind such that labor, consumer, and environmental safety will suffer unimaginable horrors and, finally, pour gasoline on the smoldering and false notion that we have more to fear from immigrants and other nations than we do from corporate abuses and excesses here at home.

Trust me, "politics" would be tolerable, tame, and a lot less provocative compared to the hostile policies spewing from the Oval Office at present. Besides the executive orders, the President-elect has retreated from the press corps, viewing them as domestic enemies to be blasted at every Twitter-tunity. Our Commander-in-Chief has zero interest in explaining his actions, and uses social media not to connect with the citizenry but merely boast and bash as he sees fit. This man is not anybody's President, unless they are perhaps shareholders in his businesses.

So, the next time someone objects to "political" posts on Facebook or elsewhere, I hope they will reconsider what is truly at stake here, what is happening already, and what will happen if we do not find common ground, in a hurry, as the body of the electorate. Continue to don your rose-colored glasses if you will, stay blissfully unaware by blocking, "unfollowing," or even "unfriending" those who do not share your opinion, but you ignore the facts at your peril.

Maybe today you say good riddance to immigrants, public education, the Environmental Protection Agency, or any other group or agency you view as a waste of your taxpayer dollars; but, sooner or later, something you do value is going to go away thanks to this administration's careless, misguided, and single-minded railroading governance. What will you do then? Who will have your back?