Can You Live Too Long? 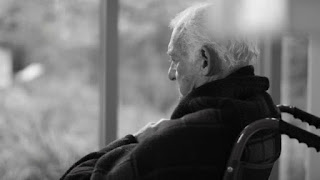 Earlier this week my father turned ninety-two. At least, we're pretty sure, when you get over ninety it is easy to lose track. There was really no celebrating, at least not with me here in Colorado and him in Washington state. It got me thinking again about whether an extended lifespan is really a good thing.

Almost a year ago now, my father sold his house and went into an assisted living facility, initially in the most independent wing. One broken hip later and he was forced into a more "managed care" wing that took away his independence. He hasn't been the same since. He had fallen in the parking garage while trying to get into his vehicle to go renew his driver's license. The outcome of having him off the road is probably a good thing, but I wouldn't tell him that. He has always been an excellent driver, but at his advanced age, anybody is going to be slower to react to traffic situations.

Dad calls his new home "assisted dying," and I find it hard to argue with that. In their defense, such facilities cannot do much for someone in relatively good health, but with reduced mobility. The best they can do is wake me up at one in the morning to tell me he has fallen again, and refuses to go to the hospital. I'm not at my most reasonable at that hour, and if he is lucid enough to comply with response protocol, then he can make his own damn decisions as far as I'm concerned. He's paying seven grand a month to live there, he ought to have some say in his care. That reminds me, I need to get a better itemized account from them.

Truth be told, my father's welfare began to decline after his second wife passed away, rapidly, from cancer, in July, 2006. Like me, he has never been that successful when left to his own devices. Our genetics have probably managed to get us this far in spite of our lifestyle. My father's coping mechanisms have always been anger and alcohol, and I have had to unlearn a good deal in order to get through my own days, and become the most minimally desirable spouse. At least I can articulate my emotions most of the time, something his generation never learned to do.

Ironically, our phone conversations are much more peaceful now. This is mostly due to his difficulty in hearing and, even more to the point, his resignation. He tells me not to worry, he has had a good life, and he is happy to go to sleep permanently whenever that happens. We still worry he might try and hasten that final goodbye, so his firearm is safely locked away; and we do what we can to prevent enablers from furnishing alcohol, though that has been impossible so far.

My father's business, for most of the time I was part of his life, was making custom jewelry, and I can say without bias that his designs were ahead of their time, exquisite in attention to detail, and worthy of every penny he charged for his creations. His skill extended to woodworking and model-building, too. Unfortunately, his current accommodations do not provide ample room to execute anything artistic, and it is probably best that he does not have access to sharp objects anyway. What is left, then? He has no interest in computers or the internet, like many of his era, and in some ways I envy that; but it means that he has fewer things to distract himself from tedium.

At his age, my father really has seen it all, or at least all that he wants to, and I find it excruciating that there is no socially acceptable exit for folks who have no joy in living this long. I would think that by ninety or so you would have earned the right to decide when you have had enough. Heck, here I am at over fifty-five, and I am already not liking what is on my horizon. All the benefits one has traditionally gotten as they age are either being taken away, or the age limit increased, forever putting senior discounts and other privileges just beyond one's reach. For shame! Where are my incentives to go on living?

I do hope that my father passes peacefully, without undo pain and suffering, even if he inflicted that on my mother, and myself in my childhood. I've no more animosity towards him, though I still have my truths about him, many of which are not pleasant. As a culture, though, we have a long way to go to make life worth living for our elderly. They are more than a revenue stream for care facilities, for pharmaceutical companies, and investment firms. They are living history, tangible wisdom, and our mothers and fathers, sisters and brothers. They deserve better.