Can Instagram Make the Internet Nicer? Should it Try? 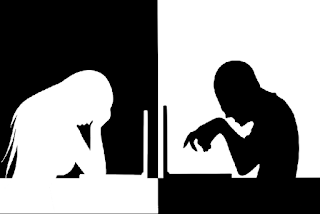 Last night I watched a segment on CBS's On Assignment program about how the CEO of Instagram is experimenting with the elimination of negative comments on user posts. Some critics say this is the first step down a slippery slope of censorship. Are they right? Can we collectively agree on any limitations of "free speech?"

The current target of the Instagram clean-up campaign seems to be online bullying, not quashing dissent, or opinions on the issues of our time. I find it hard to argue anyone, or any company, in the communications industry, who wants to stop enabling the abuse of the First Amendment as it applies to personal attacks. To my untrained information technology eye, it would appear easy to craft code that blocks a person's name, plus derogatory, libelous, defamatory, and hateful words, from making it online in social media. Does this stop the hate itself? Of course not, but again, social media is currently enabling those who intend to inflict emotional terror on others.

You argue that it should not be the responsibility of a media enterprise to edit and police its users. It is up to the victims of abuse to fight back. How, exactly? What if it is not in your nature to retaliate? How do you know that fighting verbal fire with fire will not escalate into physical abuse? I would argue that any tools available to diminish personal attacks on others should be deployed in the interest of a calmer public. We need more compassion, and if it has to be "imposed" through careful regulation, then so be it. Yes, those bent on abusing others will invent new slang epithets to get around the code, but right now there is no work (or thought) involved in berating another person online.

Words and ideas that have no other intention than to do harm to another party, be it a gender identity, race, religion, political affiliation, sexual orientation, or place of origin, or those with disabilities, or whatever, have no place in our social conversations. Period.

What comes next? Won't certain organizations and their public figure spokespersons be muted online and elsewhere? Will they no longer have a platform to speak from, or places to convene? Unlikely, but public pressure is growing, and the will of the People must be respected. Consensus is building and it appears that tolerance for a rhetoric of hate is diminishing rapidly.

Here in Colorado Springs, it has come to the attention of residents that the Cheyenne Mountain Resort will host a conference for VDare, a White nationalist and anti-immigrant group. The conference is still scheduled for April, 2018, but the resort is taking a beating on Facebook, Tripadvisor, and Yelp. It will be interesting to see whether the VDare conference will need to look for a new location.

Right now we at are a collective low point of name-calling, inflammatory speech, and violent protest and counter-counter protest as the recent events in Charlottesville, Virginia blatantly demonstrated. This cannot be classified as "free speech," certainly not as our forefathers intended it, and arguably not by any measure. Words and ideas that have no other intention than to do harm to another party, be it a gender identity, race, religion, political affiliation, sexual orientation, or place of origin, or those with disabilities, or whatever, have no place in our social conversations. Period. Personally, I find it distasteful even coming from a stand-up comic.

When your goal, through your words and actions, is to deny civil rights to another class of human beings, then you are forfeiting your own right to free speech and, by extension, all the rights you are seeking to deprive others of.

I would not have expected Instagram to be a leader in a social revolution trending toward a more loving, or at least hospitable, online dialogue. After all, it is a huge financial gamble for a company to make such policy changes, at the risk of alienating a large segment of its users, as well as its shareholders. It remains to be seen whether a backlash will cause the company to retreat toward the status quo. Still, I applaud them for doing something to protect the most vulnerable among us. Meanwhile, we should each take up our own proverbial sword and shield and love gun, and start leading by example ourselves. We don't have to wait for others to do so.