The Olympics Are Over! 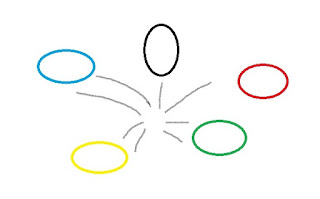 Our marriage is tested a little during the Olympics. My wife loves them. I endure them. My reasons for lack of enthusiasm range from petty to political, but it mostly boils down to personal preference. The Olympics force me to confront my biases and allegiances, and that makes me uncomfortable.

First of all, I have never much enjoyed individual sports. I grew up in Oregon and lots of my friends were skiers; but when many of them came back to class in casts after a weekend on the slopes, I decided that was not the sport for me. It is an expensive form of recreation, too, one that was beyond the means of my family. That idea of privilege also put me off, and it still does today. How many athletes could be competing in international competition if only they were wealthy enough?

Meanwhile, the Olympic coverage on NBC fails to show in its entirety the one sport that they might get me to watch: hockey. It is the same way in the summer games with basketball and volleyball and soccer. Unless you have a cable or satellite package, you will not get to view team sports. Bah-humbug. This time it is the spectator who is punished for not having enough privilege to afford those subscription services. It is unjust, unfair, and I am not going to apologize for feeling that way. They need a new model for broadcasting. What a concept it would be to have coverage over NBC, FOX, and CBS, for example. God forbid they put the public's desires above their own bottom line for two weeks. Two weeks.

It pains me to say this, but I also have an increasingly difficult time telling which team is the Americans, especially in figure skating. The sport has become dominated by Asians, even on Team USA. Don't get me wrong. If you are the highest-performing individual in the sport, then you deserve the right to represent, regardless of your ethnicity. I just personally find a Dorothy Hamill or Sarah Hughes easier to watch. I know, I'm so shallow! I at least have the guts to admit it. These are spectator sports, and every spectator has their own preferences. I will also be the one to tell you that the failure to attract an audience for the WNBA stems largely from the fact that there are too few "cute White girls" on the court. I truly wish we were beyond that, believe me, but the average spectator is a middle-aged White male who wants to be entertained instead of being a supporter of equal opportunities for all female athletes. Yes, we need to grow up, I only wish I knew how.

What did give me a perverse sense of satisfaction is that Team USA was not the leader in medal totals. At this point in time I find it difficult to cheer for my own country. It goes back to privilege and entitlement again, and choices. We Americans would rather pour our money into training elite sports figures for the extremely short duration of their careers, instead of investing in the next generation of scientists, scholars, musicians, artists, writers, and social leaders, to name but a few more enduring occupations. Our public schools might suffer, but by golly we are going to have sports champions! We will cut school lunch programs before we have a skater go without blades. Several sets of blades. Many, many sets of blades. Huge blades.

Ironically, at this point in history, our USA athletes may be the best face of our country. Most have demonstrated humility and grace, win or lose, and a spirit of camaraderie with their brothers and sisters from another country. I wish we here at home could learn from that. Instead, we experienced another mass shooting while our competitors were in Korea, and are now talking about arming teachers and other school staff as a viable preventative measure. Wow. I wonder how our biathlon teams feel about that. Maybe they'll volunteer for school guard duty, but I doubt it. I suspect they want schools to be something different and better than a prison.

When they arrive stateside, maybe our athletes will seek endorsement deals with the Ad Council, and non-profits extolling the virtues of public lands, safe drinking water, clean air and energy, a rejuvenated public education system, and freedom to pursue excellence in whatever career path you choose, even if it doesn't put you on a podium or a pedestal.