The Geometry of Luck

Birding and wildlife observation in the digital age means that our experiences in nature are defined more than ever by GPS (Global Positioning System) coordinates, maps, and other geography-based intelligence. The wildcard is always time. Your personal success or failure, if you frame it that way, will always come down to the matter of "when." 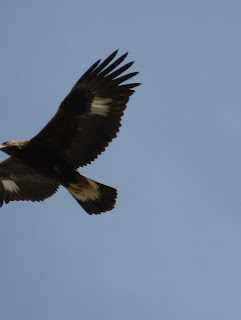 The old philosophical question of whether a tree falling in the forest makes a sound if no one is around to hear it is an apt comparison. Had no one seen the Rufous-necked Wood-rail at Bosque del Apache National Wildlife Refuge back in July, 2013, had the bird really been there at all? Were it not for video evidence, and personal experience, professional ornithologists would no doubt still be skeptical.

These days, sightings of rare birds, stray migrants, and aberrant color forms seem to cross social media intersections monthly, if not weekly. Our historical perceptions have suffered from too few data points, it appears, and too few observers in too few places. Today, the likelihood of a birder intersecting something spectacular is greater than ever. Thanks to instant communication, that birder can also greatly increase the likelihood that other birders will have the same exciting encounter, provided they get there in time. However, the odds of the flight path of a Golden Eagle crossing my vehicle's path on my way to look for Mountain Plovers is still infinitesimal.

"Everyone" has been seeing that wayward Varied Thrush. Right here. How could I have missed it? Then again, I hadn't seen Bill and Ashley in about two years....and I got to meet Jeff in person for the first time. Maybe that is why I was supposed to be here, right now, without any birdy distractions. Sometimes, your interpretation of a situation makes all the difference. 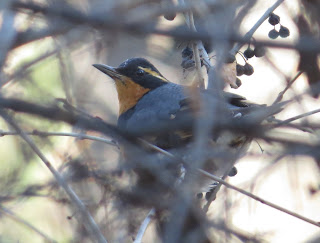 The frequency with which you are out observing, or even attuned to possibilities of witnessing nature, the greater the chance of memorable encounters. Storm chasers know this better than anyone else, and they also accept defeat more readily than most of us even aspire to. Few of us commit to regular outings. We have jobs, family obligations, and fuel costs to consider, among other variables that directly or indirectly conflict with birding and wildlife watching.

Opportunities still abound. We recruit other members of the carpool to birding. We can bird ourselves during our commute, during lunch. When you least expect it, you may notice birds and other animals in the midst of major, unrelated events. I recall attending a Cincinnati Reds game when the team was still playing in Riverfront Stadium. Admittedly, I am not much of a base ball fan, but I enjoy the atmosphere and people-watching. I happened to glance up at the same time that a sleek bird swooped into the arena, alighting on the foul pole. It was a Peregrine Falcon. At the precise instant I was attempting to draw my seatmate's attention to the bird, Barry Larkin belted a home run. As the ball departed the outfield, fireworks were detonated, launching the falcon on its own departing trajectory.

Even people normally unmoved by birds can have unique and thrilling experiences. A video that went viral in April of 2017 was shared by a businessman who was joined on his Chicago commute by a Yellow-bellied Sapsucker that clung to his window as he drove to work. He dutifully pointed out the major attractions to his feathered friend along the way. Eventually, the bird ends up inside the car, on the man's collar or shoulder. "I think he's a woodpecker" the man utters matter-of-factly as the video concludes. There is little doubt the bird was injured and disoriented, and may or may not have survived, but in a matter of minutes it had left an indelible impression on thousands of humans. 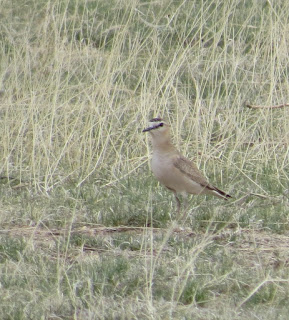 Is it mere coincidence that the specifics of latitude and longitude are measured in minutes and seconds? That recognition of time is telling. Where you are is made important to you by when you are. The intersection of Kingbird Highway and Bluebird Lane is where crisscrossing vectors meet improbability on the axis of time. Birding is ultimately the geometry of luck. Take your chances, as many as you can.