The Kinds of (Landscaping) Codes We Really Need 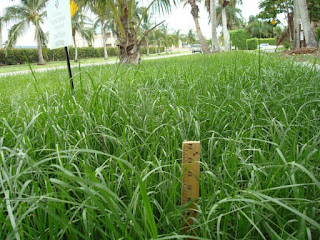 I have reached wit's end with code enforcement in cities, towns, and other municipalities. Do not even get me started on homeowner's associations (HOAs). The emphasis is clearly cosmetic and does more harm to our environment than even simple neglect of yards and gardens in this age of climate change. We need a total overhaul of the statutes.

Were I a conspiracy theorist, I would be claiming that local governments were in cahoots with landscapers to create standard urban and suburban landscapes that feed the landscaping industry, as well as pesticide, herbicide, and fertilizer manufacturers. Why do we continue to insist on models of landscaping that are no longer sustainable, if they ever were to begin with? The only thing "sustainable" about lawns and exotic shrubs, trees, and flowers is the heavy upkeep they require simply to stay alive. That usually necessitates contracting with lawn care services and other businesses that feed our addiction to showy gardens and pristine lawns.

Let's face it, lawns alone have become a status symbol, especially in the western U.S. A large, uniform expanse of grass says that you have the large sum of money needed to cover the water bill, and pay for a landscaper. What that speaks to me is an attitude of "I don't give a damn about water scarcity, native vegetation, or the future of the planet." You would rather spend money creating what amounts to an advertisement of your wealth. Wow. How responsible of you.

Meanwhile, municipal code enforcement tends to center on "weeds," many of which are actually native wildflowers that sustain pollinators and other desirable wildlife. If your grass gets too high it is subject to fines until you are in compliance. Tall grass and herbs are ironically considered a haven for mosquitoes and other disease vectors, as well as being "unsightly." This, in my opinion, is an overblown argument, if not even fallacious. You have undesirable rodents, for example, in urban areas lacking any vegetation. Feral pets are more likely to carry diseases than most wild animals, save for skunks, the odd raccoon and, sometimes, bats.

Were I writing the codes, they would be almost the polar opposite of what is in place now. I would limit the size of lawns to a percentage of your total outdoor landscape. I would enforce strict outdoor water use limitations, regardless of the current weather conditions because most regions are becoming more arid, with no end in sight for that trend. I would mandate that a percentage of landscape plants be native, drought-tolerant, and wildlife-friendly. I might require a permit for the use of any chemical treatment outdoors. This may be an area where contractors could really benefit because leaving chemical applications as do-it-yourself (DIY) has accident-waiting-to-happen written all over it. Failure to follow label instructions for applying pesticides and herbicides is a leading cause of household poisonings, let alone environmental hazards.

I would raise fines for feeding wildlife other than birds, and require anyone in bear habitat take down their feeders every night. I would raise fines for neglect of swimming pools and other water features, even including bird baths, as stagnant water is a breeding environment for mosquitoes and other biting flies. I would reduce outdoor lighting to prevent the interruption of normal behavior by nocturnal animals. Using wildlife-proof waste disposal containers would discourage raccoons, opossum, and other mammals from doing damage and maybe even frequenting urban areas at all. Ok, that is probably wishful thinking.

No entity raises my ire more than HOAs. They are entirely consumed with keeping up appearances, and have complete disregard for the mental health of residences and the environmental health of their communities. Raising property values is their bottom line, even if it means tearing out everything green except lawns, as our own townhouse property management agency is in the process of doing. HOAs put forth arguments for "improved security" as justification for removal of shrubbery and increased outdoor lighting. Baloney. You want increased security? Hold informal events so everyone can get to know their neighbors. Enforce codes of personal conduct instead of landscaping rules.

We need to collectively begin calling for changes to codes that begin to address what could be called environmental impoverishment. We deserve better, more diverse landscapes in our communities, but that cannot happen without some major alterations in governmental mindsets.