Is The Abortion Issue About Something Other Than The Sanctity of Human Life?

I have studiously avoided the most hot-button issue of our time, abortion and the right to choose, but I can no longer stand by silently. What I can do, finally, is refrain from a string of profanities and repeating most of the statements you have already heard. I can continue in my longstanding tradition of not sharing "memes." I can also call for honesty in the debate, if only be sharing my own sentiments. Yes, I am yet another old(er) White male, but please bear with me. 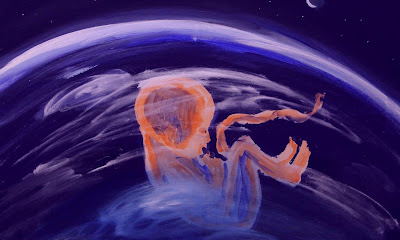 Ironically, it was a meme shared on Facebook by a colleague that got me believing that civil discussion might be possible. The meme began with the conventional argument that making abortion illegal won't halt abortions, but will simply make the procedure unsafe. The next panel in the meme re-hashed the idea that abortion rates drop when there is easy access to healthcare, affordable contraception, and comprehensive sex education (presumably including a long, hard discussion of "consent")....

It was the ending panel in the meme that got my attention. It asserted that if one does not endorse measures designed to prevent unwanted pregnancies, then what you are supporting is "'pro control-of-women' and you should be honest about that." Wow. It is the very last part of that sentence, that plea for honesty, that we need to take to heart. Yes, you should be honest about that, about everything.

That is the definitive, overriding problem of our time: honesty. We know some of our beliefs and selfish motivations are distasteful, so we will sacrifice the innocent, put words in the mouths of the unborn, do whatever it takes to justify our continued patterns of behavior and sustain our (outdated?) beliefs. That even extends to warped interpretations of the word of God, the Bible, and other religious documents.

I don't think there is any question that many older men, especially White men, object strenuously to any attempt by women to assert their rights, demand equality, and otherwise threaten the dominion of the patriarchy that has architected our culture and society since....well, pretty much the beginning of our civilization. This stubborn and persistent thirst for power is no doubt expressed in the creation and execution of legislation around abortion.

Why do so many women stand in support of these measures, then? Not being a female myself, I cannot pretend to answer that, nor should I. However, I do suspect that many women are uncomfortable with the idea of independence. My own mother was forced into independence when my father divorced her. It was a hard road for her in the early 1970s when divorce was not common, or at least not publicly discussed; and she had been out of the workforce for well over a decade. Re-entry at an older age was difficult, and most of her superiors in the workplace were....men. Enough said.

As near as I can tell, the other, unspoken motivation for advocating for abortion bans comes down to the desire to protect souls without sin, or with the least sin. This would go a long way to explaining why the birthmother is left out of the debate, and why there appears to be little support for child welfare, health, nutrition, housing, education, and other necessities of childhood in the sense of an earthly existence. The "defense of souls" argument would also explain why some religious conservatives do not object to the death penalty. The person has sinned, and is going to hell anyway, so why not hasten his or her arrival at that destination. Since only humans have souls, this might explain a lack of interest in the protection and conservation of non-human organisms, while still clamoring for the teaching of creationism alongside evolution.

If my assumption that "pro-life" advocates care more about the hereafter than the here-and-now is correct, let's start talking about that in an honest manner instead of going to such great lengths to disguise that core principal. If I am completely wrong, I will gladly sit back and listen to your explanation. Keep in mind, however, that I have a pretty good B.S. detector and I will call you out if I sense you are still trying to deceive me.

Mostly, I want to know what is really at the heart of all arguments, about every issue, not only abortion. Be honest and I cannot level accusations or make ridiculous assumptions, or have to guess your intentions or desires....or make blog posts like this where I am left to channel only the straws I am grasping at.