A Wedding, Wealth, and Masculinity 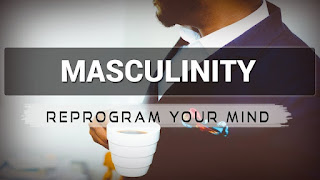 It is perhaps tragically ironic that we have prom season and the royal wedding setting up the perfect storm of inevitable disappointment for the average high school male bent on wooing his dream girl. When you aspire to fantasy, have unrealistic expectations, and are more concerned with how you stack up to other male students, it is not going to end well for you. Meanwhile, women are collateral damage.

Our collective obsession with the royal nuptials Across the Pond is troubling if not disturbing. We revel in pomp and circumstance, and I dare say long for the rigidity in standards for what constitutes "marriage material" in stodgy old England. We want rules to be explicit, if only so we know when we are breaking them, but often because we have failed to properly construct our own moral compasses. We rely on externalities instead. America has few formalities, and even those may vary from state to state.

Consequently, our young men are left to their own devices, their own warped perceptions of idealism in the female form. How boys and men handle their romantic defeats is what should make you a gentleman or a loser. Here in the U.S., we do not learn how to deal with those perceived setbacks in any positive, meaningful way. At best our male students simply become more determined to achieve victory in the socio-romance game, and maybe set their sights on college coeds once they graduate high school. That simply perpetuates the cycle of reducing women to prizes to be won, by any means necessary.

The tragic part is that for men like this, women are a means to an end, the end being enhanced status for the guy. There truly is a trophy wife mentality whereby men measure each other by the....what, "hottness" of their spouse or girlfriend. Women cease to be anything more than an accessory to this kind of sorry excuse for a man. This is how we ruthlessly objectify women, and it does not even have anything to do with women. It is all about the male hierarchy.

At some point in our evolution did this become a strategy for becoming the alpha male? The accumulation of food and other necessary resources certainly made some males more desirable to females, but eventually there was enough to go around thanks to agriculture, improved weaponry for hunting, and the ability to preserve collected foods. What separates us now, then? We created the unnatural resource of money, currency that is not perishable, wealth that demonstrates you have risen above mere survival. We announce the existence of our fortunes through expensive automobiles, luxurious homes, second homes, yachts, jewelry, and other rare and precious commodities....and attractive, younger women.

Mating strategies in the animal kingdom are often complex, and none more so than in Homo sapiens. We point derisively to other cultures that rely on arranged marriages, that eliminate a woman's dignity through genital mutilation, or reduce her worth to her dowry, or enslave her in any number of ways by prohibiting her education and disallowing her consent to anything, but are we any better? American men who cannot achieve wealth, or cannot achieve it fast enough, try and bypass the implied route of success and just go for the hot chick. If he can get her, other men will assume he has something they do not. Women are the facade in the male social-success game. Debt is the facade we all use to project that we are wealthier than we are. We must stop kidding ourselves.

Let me repeat that: We must stop kidding ourselves. We must stop believing that we should be aspiring to great individual material wealth and the flimsy social status that comes with it. When we do that we start dropping pretense. We stop pretending. We start being comfortable with who we are. We start recognizing the matrix that is our unsustainable style of living and relating to each other. We stop shaming others. We stop feeling guilty for our excesses because we have realized the futility of indulging in them. We start having meaningful relationships with the opposite sex.

The revolution will be a long one. Men will not go quietly, willingly giving up the power that they have accumulated through greed and womanizing. We will have to overcome our biology and our social expectations, without the help of media and advertising that will even more stubbornly stick to the status quo, the old school rules of engagement. We have an opportunity here to advance civilization to a level of respect it has perhaps never enjoyed. Failure will mean its total collapse.