Can We Still Be Friends? 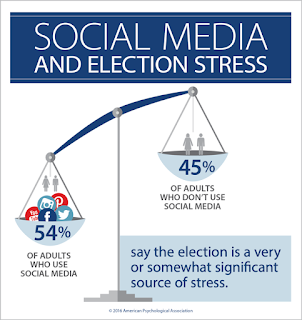 That may be the biggest question resulting from the outcome of our recent Presidential election. Many of us were shocked to find that close personal friends were opposed in the choice of candidates that we endorsed, however enthusiastically or reluctantly. The candidates were not nearly as important as the values, ethics, and potential policy decisions they represented, and that is of course what is at the core of our national divide. "Splintering" is more like it, actually. So, how do we reconcile with those closest to us? Do we want to? I would say that we must at least make the attempt. Here, I'll start.

What I cannot fathom, as someone who was greatly enthused by Bernie Sanders, and reluctantly supportive of Hillary Clinton, is how some of my friends could willingly sacrifice values that I thought we had in common, for the sake of a very vague description of "change." How can you be an ardent wildlife conservationist, for example, and potentially be throwing public lands under the bus when it seems abundantly clear that a Trump presidency will not value biodiversity and wild places at all? Please explain that.

How can you claim to value human diversity and vote for a candidate who has made it abundantly clear that only the most beautiful people deserve good things, that women are to be servants of men, and that immigrants and refugees have brought only grief and strife to the White Privileged class instead of enriching our collective souls as they do? If you believe, as I do, that a candidate's vocabulary and gestures and other behaviors predict his or her potential actions once in office, then how can you not be genuinely frightened of the prospects? Hey, I was appalled by the "basket of deplorables" quote, too. What was shocking was how stark that comment was in comparison to an otherwise mostly positive picture Clinton painted of the electorate.

Perhaps one thing we can agree on is that no presidential candidate in recent history, maybe even in our lifetimes, has been someone we can personally relate to. Time and time again we are forced to choose between ultra-wealthy, arguably elitist, representatives of a corporate-dominated business world that looks out only for itself, its shareholders, and its CEOs. Employees, consumers, and our environment and climate are expendable, if not actual obstacles to success. Why can't you see that?! Actually, enough people do see that, enough that it nearly got Sanders the democratic nomination. The bullying tactics of the Democratic National Committee are what delivered Clinton instead. Meanwhile the fumbling ineptitude of the Republican National Committee permitted the rise of President Trump.

Ok, back to our basic question of whether we can be friends. It boils down to the "I feel your pain" scenario. If you do not have empathy for each other's fears of what could have been (Clinton) or what could come (Trump), then we don't have hope. We have to clearly articulate those sentiments, fearlessly, and then listen to the other side without judgment. We have to realize that we need to help each other rise, start electing each other, putting those people who we can relate to into places of power where we know we will be listened to.

We live at a unique time in which social media and the digital age are leveling the playing field. We don't have to appeal to corporate interests to run for office. We have Facebook, Kickstarter, GoFundMe, and so many other campaign options at our disposal that bypass the traditional gauntlets. We can do this. First, though, we have to stay friends.